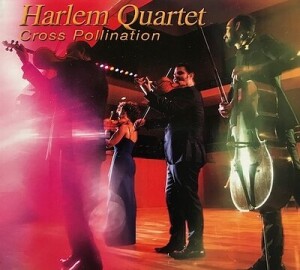 Released in July 2020, this album is conceived to illustrate the cross-pollination of musical ideas between the European classical tradition and world music. Claude Debussy’s String Quartet was influenced by the Indonesian Gamelan which he heard in Paris, and some years later his impressionistic style went on to have a profound influence on an emerging American genre, known today as Jazz. In turn, Debussy himself was inspired by the Ragtime idiom when it made its way to Europe in the early 1900’s, and he was the first classical composer to incorporate it into his works. William Bolcom embraced Ragtime music as well, and in his own very personal way he honored the genre with a great sense of humor. Dizzy Gillespie, a pioneer of the modern jazz movement, utilized harmonic elements traceable directly to Debussy. Guaguanco is an African dance brought by African slaves to Cuba. Parallel to the birth of early Jazz in New Orleans with the Ragtime influence, early Cuban music also gestated from the confluence of European and African roots. Like Debussy, Guido Lopez-Gavilan’s Guaguanco takes non-western musical ideas and uniquely transfers them to western instruments.

Recorded in March 2019 at Oktaven Audio, NY. Engineered by Ryan Streber and produced by Joseph Kromholz.