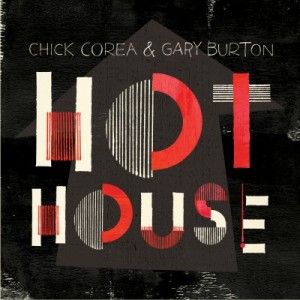 Grammy Award Winning “Mozart Goes Dancing,” written by Corea, features the pair(Chick Corea and Gary Burton) in the company of the Harlem String Quartet, reflectling Corea‘s dexterity as a composer who uses rhythmic and lyric interplay to extend the reach of classical harmony toward jazz’s realm of immediacy. It also contains a healthy dose of his playful sense of humor. That said, Hot House is a further example of the nearly symbiotic language they’ve developed over the past 40 years, and is a stellar example of masterful dialogic articulation and execution. This is collaboration in its purest and and most elegant form.